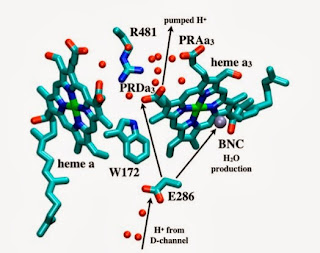 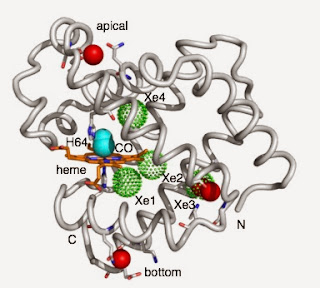 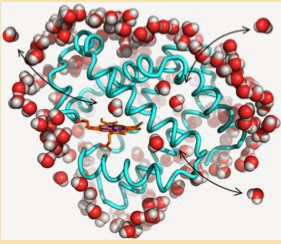 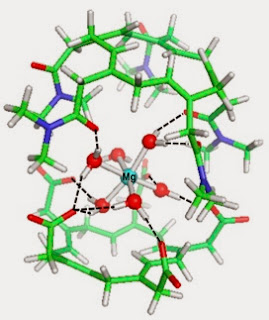 Finally, a curiosity about the macroscopic mechanical roles of water in plants. Peter Fratzl of the Max Planck Institute of Colloids and Interfaces in Potsdam and colleagues look at how changes in hydration can produce stresses and movement in plants via swelling and shrinkage (L. Bertinetti et al., Phys. Rev. Lett. 111, 238001; 2013 – paper here). The free energy needed for such actuation can be considered to be provided, at least in part, by the formation of new hydrogen bonds. The authors propose a model that allows them to estimate the free energy made available by water absorption into woody plant tissue, and find that (except in the case of nearly dry tissue) it amounts to about 1.2 kT per water molecule, suggesting that the water bound to the macromolecules in the tissue acquires about one additional hydrogen bond for every eight molecules. Frankly, I don’t fully understand the arguments here: the authors say that “This would suggest that the main driving force for water absorption in non living plant tissues is a phase transition of water to a liquid state, characterized by a stronger H-bond network, occurring when H2O is confined within the macromolecular components of the wood cell wall material.” I’m going to have to get back to you on that.
Posted by Philip Ball at 1:57 AM 3 comments: